Meet Inspiring Speakers and Experts at our 3000+ Global Events with over 1000+ Conferences, 1000+ Symposiums and 1000+ Workshops on Medical, Pharma, Engineering, Science, Technology and Business.

Unique Opportunity! Online visibility to the Speakers and Experts

International Summit on HIV, AIDS, Infectious Disease & healthcare will be organized on November 23-24, 2020 in Dubai, UAE on the Theme "Raising Global Awareness And Fighting With infectious Diseases" aims to gather eminent scientists, research scholars and educationists and professionals to express their views on the latest technologies, trends, and concerns in HIV, AIDS & Care. It focuses on addressing the constant effort being made by scientist and scholars to improve the existing and inventing novel technologies for future. AIDS & Care 2020 conference provides a platform for organizations, companies, associations, societies, institutions, statutory bodies and other authorities and individuals interested in presenting their thoughts on stroke procedures and services.

We take the pride to welcome you to the “International Summit on HIV, AIDS, Infectious Disease & healthcare” to be conducted on November 23-24, 2020 at Dubai, UAE. Theme of the conference is “Raising Global Awareness And Fighting With infectious Diseases”. AIDS & Care 2020 conference gathers noted Eminent Scientists/Research Professors, Junior/Senior analysis fellows, Students, Doctors also researchers from World Health Societies & Associations and Medical Universities under one roof where networking and world partnering happens for the acceleration of future research.

Theme of the conference “Raising Global Awareness And Fighting With Sexual Disease ” conveys the essential notion that we tend to showcase to the planet. AIDS & Care 2020 prioritizes the high quality researches and technologies used for human health, welfare and convenience. Folks from each genre i.e. the extremely classified professionals, scientists,  researchers and young innovators have an excellent deal during this as they will be having an opportunity for diversification and world communication. We tend to believe AIDS & Care 2020 can start up as a seminar study and a platform jam-packed with public awareness.

Business worth of HIV:

In June 1981, scientists reported the first clinical evidence of a disease known as acquired immunodeficiency syndrome, or AIDS. Its cause, the human immunodeficiency virus (HIV), was acknowledged in 1983. Since the start of the epidemic in 1981, around 75 million have become infected with HIV and around 32 million people have died of AIDS-related illnesses. In 2018, there were 37.9 million people living with HIV. New HIV infections have fallen by 16% since 2010 (by 41% among children) and AIDS-related deaths have fallen by 55% since the peak in 2004. The United Nation family has been in the forefront of this improvement. Ending AIDS by 2030 is an integral part of the Sustainable Development Goals (SDGs), which were unanimously adopted by United Nations Member States in 2015. HIV Treatment Access: in 2018, 23.3 million folks with HIV (62%) were accessing antiretroviral medical care (ART) globally, a rise of one.6 million since 2017 and up from eight million in 2010. Mother-to-Child Transmission: In 2018, ninety two of pregnant ladies with HIV received ART to stop transmission HIV to their babies throughout physiological state and childbearing and to shield their own health. This is often compared to forty ninth in 2010. AIDS-related Deaths: AIDS-related deaths are reduced by over fifty fifth since the height in 2004. In 2018, around 770,000 folk sided from AIDS-related diseases worldwide, compared to one.2 million in a pair of010 and one.7 million in 2004.Regional Impact: the overwhelming majority of individuals with HIV are in low- and middle-income countries. In 2018, there have been twenty.6 million folks with HIV (57%) in Japanese and southern continent, 5.0 million (13%) in western and Central African Republic, 5.9 million (16%) in Asia and therefore the Pacific, and 2.2 million (6%) in Western and Central Europe and North America.

To finish AIDS as a public health threat by 2030, UNAIDS estimates that US$26.2 billion are going to be needed for the world HIV response in two020 alone. This implies the planet should increase the number of resources out there for HIV by US$1.5 billion every year between 2016 and 2020, a scenario that's wanting more and more unlikely. In recent years, high-income countries have reduced funding for the HIV response in low- and middle-income countries, with a seven-membered decrease according between 2015 and 2016. Philanthropic donations, on the opposite hand, have up for the past 3 consecutive years.

To Collaborate Scientific Professionals around the World

Abstracts will be provided with Digital Object Identifier by

Universal acclaim based on
8960 Ratings 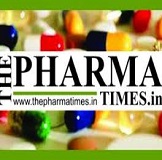 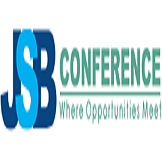 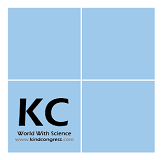